This page describes how to run a ParaTime node on the Oasis Network.

If you are looking for some concrete ParaTimes that you can run, see the list of ParaTimes and their parameters.

Oasis Core refers to ParaTimes as runtimes internally, so all configuration options will have runtime in their name.

This guide will cover setting up your ParaTime compute node for the Oasis Network. This guide assumes some basic knowledge on the use of command line tools.

Before following this guide, make sure you've followed the Prerequisites and Run a Non-validator Node sections and have:

Feel free to name your working directory as you wish, e.g. /srv/oasis/.

Just make sure to use the correct working directory path in the instructions below.

Reading the rest of the validator node setup instructions may also be useful.

To be able to register as a ParaTime node on the Oasis Network, you need to have enough tokens staked in your entity's escrow account.

To see the staking requirements for different node roles, use the Oasis CLI tools as described in Common Staking Info.

Currently, both the Mainnet and the Testnet require 100 ROSE/TEST for each role type:

To register a node that is both a validator and a ParaTime node, the entity for which the node is registered would need to satisfy the following:

All together, there would need to be at least 400 tokens staked in your entity's escrow account.

To stake the tokens, use our Oasis CLI tools.

If everything was set up correctly, you should see something like below when running Oasis Node Stake Account Info command for your entity's account (this is an example for the Testnet):

The stake requirements may differ from ParaTime to ParaTime and are subject to change in the future.

Register a New Entity or Update Your Entity Registration

If you don't have an entity yet, create a new one by following the Creating Your Entity instructions.

Everything in this section should be done on the localhost as there are sensitive items that will be created.

If you will be running the ParaTime on a new Oasis Node, initialize a new node by following the Initializing a Node instructions.

Then update your entity descriptor by enumerating paths to all your node's descriptors (existing and new ones) in the --entity.node.descriptor flag. For example:

To confirm all nodes are added to your entity descriptor, run:

and ensure you see all your nodes' IDs under the "nodes" list.

Then generate and submit the new/updated entity descriptor via the entity registration transaction by following the Generating Entity Registration Transaction instructions.

Make sure your entity descriptor (i.e. entity.json) is copied to your online server and saved as /node/entity/entity.json to ensure the node's configuration will find it.

You will configure the node to automatically register for the roles it has enabled (i.e. storage and compute roles) via the worker.registration.entity configuration flag.

No manual node registration is necessary.

The ParaTime Identifier and Binary

In order to run a ParaTime node you need to obtain the following pieces of information first, both of these need to come from a trusted source:

Like the genesis document, make sure you obtain these from a trusted source.

In case you decide to build the ParaTime binary from source yourself, make sure that you follow our guidelines for deterministic compilation to ensure that you receive the exact same binary.

When the ParaTime is running in a TEE, a different binary to what is registered in the consensus layer will not work and will be rejected by the network.

For ParaTimes running inside Intel SGX Trusted Execution Environment, you will need to install the Oasis Core Runtime Loader.

Install it to bin subdirectory of your node's working directory, e.g. /node/bin/oasis-core-runtime-loader.

For each ParaTime, you need to obtain its binary and install it to runtimes subdirectory of your node's working directory.

For ParaTimes running inside a Trusted Execution Environment, you also need to obtain and install the binary's detached signature to this directory.

ParaTime compute nodes execute ParaTime binaries inside a sandboxed environment provided by Bubblewrap. In order to install it, please follow these instructions, depending on your distribution:

On other systems, you can download the latest source release provided by the Bubblewrap project and build it yourself.

Make sure you have the necessary development tools installed on your system and the libcap development headers. On Ubuntu, you can install them with:

Note that Oasis Node expects Bubblewrap to be installed under /usr/bin/bwrap by default.

Ensure you have a new enough version by running:

If the ParaTime is configured to run in a TEE (currently only Intel SGX), you must make sure that your system supports running SGX enclaves. This requires that your hardware has SGX support, that SGX support is enabled and that the additional driver and software components are properly installed and running.

Support for the new Intel SGX support in mainline Linux kernels since version 5.11 is being tracked in oasis-core#3651.

A convenient way to install the SGX Linux driver on Ubuntu 18.04/16.04 systems is to use the Fortanix's APT repository and its DKMS package.

And then install the intel-sgx-dkms package:

To determine that, run dmesg | grep -i sgx and observe if a line like the following is shown:

If that is the case, you need to blacklist the Intel SGX DCAP driver's module by running:

A convenient way to install the SGX Linux driver on Fedora 34/33 systems is to use the Oasis-provided Fedora Package for the Legacy Intel SGX Linux Driver.

Go to Intel SGX Downloads page and find the latest "Intel SGX Linux Release" (not "Intel SGX DCAP Release") and download the "Intel (R) SGX Installers" for your distribution. The package will have driver in the name (e.g., sgx_linux_x64_driver_2.11.0_2d2b795.bin).

After installing the driver and restarting your system, make sure that the /dev/isgx device exists.

Ensure /dev is NOT Mounted with the noexec Option

Newer Linux distributions usually mount /dev with the noexec mount option. If that is the case, it will prevent the enclave loader from mapping executable pages.

Ensure your /dev (i.e. devtmpfs) is not mounted with the noexec option. To check that, use:

To temporarily remove the noexec mount option for /dev, run:

To permanently remove the noexec mount option for /dev, add the following to the system's /etc/fstab file:

This is the recommended way to modify mount options for virtual (i.e. API) file system as described in systemd's API File Systems documentation.

Communication between application-spawned SGX enclaves and Intel-provided Architectural Enclaves is through Application Enclave Service Manager (AESM). AESM runs as a daemon and provides a socket through which applications can facilitate various SGX services such as launch approval, remote attestation quote signing, etc.

A convenient way to install the AESM service on Ubuntu 20.04/18.04/16.04 systems is to use the Intel's official Intel SGX APT repository.

The AESM service should be up and running. To confirm that, use:

An easy way to install and run the AESM service on a Docker-enabled system is to use Fortanix's AESM container image.

Executing the following command should (always) pull the latest version of Fortanix's AESM Docker container, map the /dev/isgx device and /var/run/aesmd directory and ensure AESM is running in the background (also automatically started on boot):

Similarly to Docker-enabled systems, an easy way to install and run the AESM service on a Podman-enabled system is to use Fortanix's AESM container image.

First, create the container with:

Then generate the container-aesmd.service systemd unit file for it with:

Finally, enable and start the container-aesmd.service with:

The AESM service should be up and running. To confirm that, use:

To see the logs of the AESM service, use:

In order to make sure that your SGX setup is working, you can use the sgx-detect tool from the sgxs-tools Rust package.

There are no pre-built packages for it, so you will need to compile it yourself.

sgxs-tools must be compiled with a nightly version of the Rust toolchain since they use the #![feature] macro.

Make sure you have the following installed on your system:

On Fedora, you can install all the above with:

On Ubuntu, you can install all the above with:

rustup cannot be installed alongside a distribution packaged Rust version. You will need to remove it (if it's present) before you can start using rustup.

If you want to avoid directly executing a shell script fetched the internet, you can also download rustup-init executable for your platform and run it manually. This will run rustup-init which will download and install the latest stable version of Rust on your system.

After the installation completes, run sgx-detect to make sure that everything is set up correctly.

When everything works, you should get output similar to the following (some things depend on hardware features so your output may differ):

The important part is the checkbox under Able to launch enclaves in both Debug mode and Production mode (Intel whitelisted).

In case you encounter errors, see the list of common SGX installation issues for help.

In order to configure the node create the /node/etc/config.yml file with the following content:

Before using this configuration you should collect the following information to replace the variables present in the configuration file:

You can start the node by running the following command:

To ensure that your node is properly connected with the network, you can run the following command after the node has started:

Double check your installed bubblewrap version, and ensure is at least of version 0.3.3. Previous versions of this guide did not explicitly mention the required version. For details see the Install Bubblewrap Sandbox section.

If you are encountering the following error message in your node's logs:

Ensure you have all required SGX driver libraries installed as listed in Install SGX Linux Driver section. Previous versions of this guide were missing the libsgx-aesm-epid-plugin.

Double check your node entity satisfies the staking requirements for a ParaTime node. For details see the Stake Requirements section.

Make sure the worker.client.port (default: 30001) and worker.p2p.port (default: 30002) ports are exposed and publicly accessible on the internet (for TCP traffic). Previous versions of this guide did not explicitly mention this requirement.

Ensure your system's /dev is NOT mounted with the noexec mount option.

Previous
Run a Seed Node
Next
Run an IAS Proxy 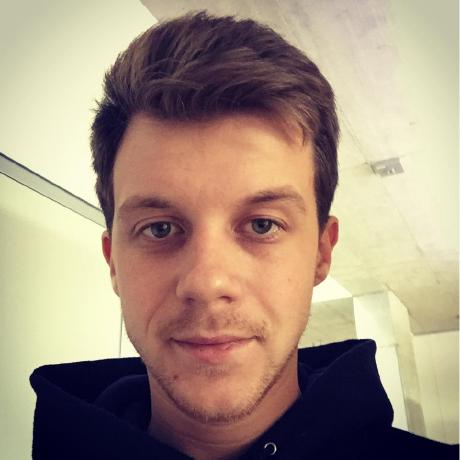